How to monitor a load test in XTC.

To view the load test and scenario status, your account must at least have the role of a reviewer within the project.

The Status tab contains an overview of the test status. This is a list of the steps carried out in the load test phases Preparation, Execution, and Results and Clean Up which will be marked done while the test progresses. 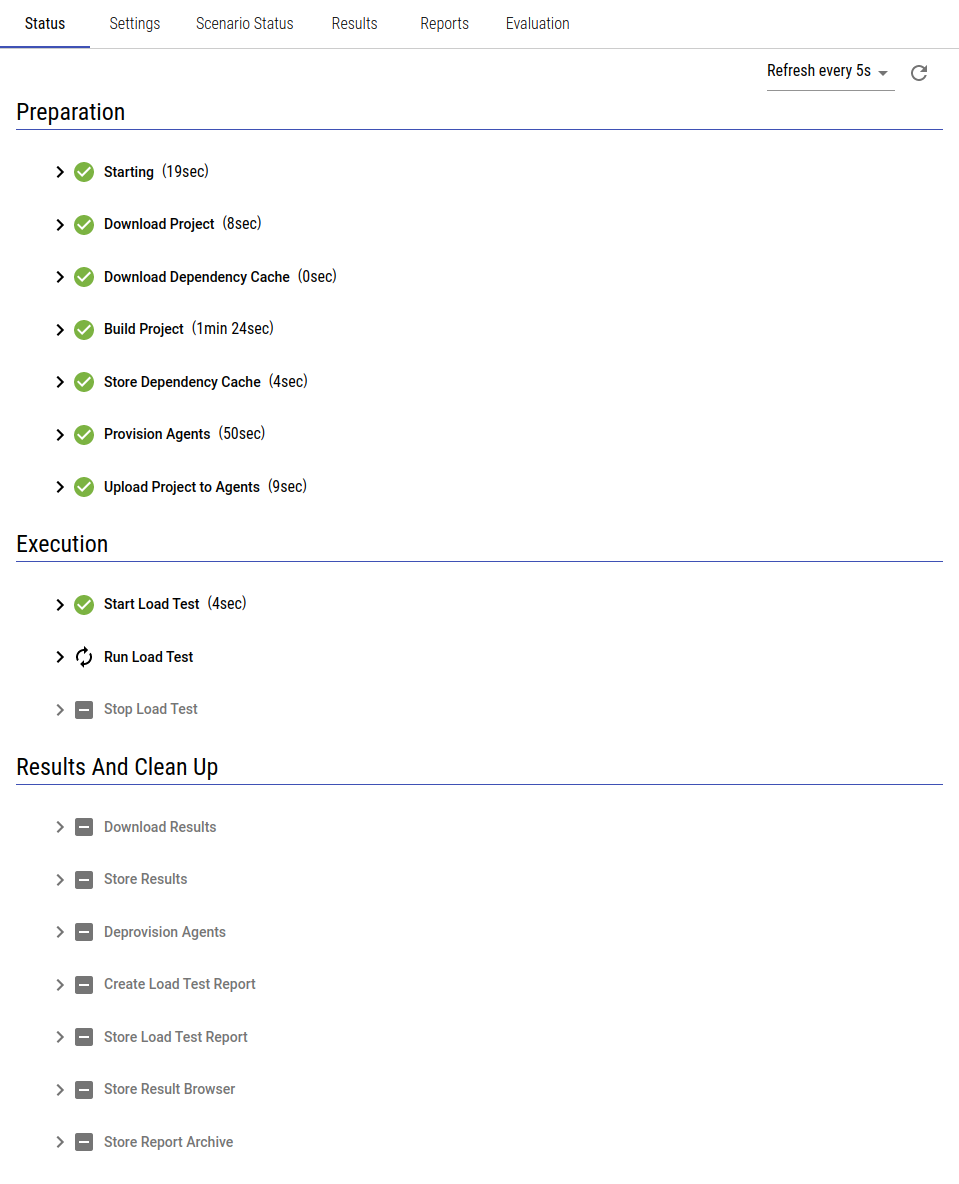 The status view for a running load test.

Steps that failed due to errors (like timeouts or failed authentication) will be marked as failed here, so you can see why and at which step the test does not progress or was aborted.

The Scenario Status tab only contains information while the test is actually running or finished. This is an overview of all test scenarios that are executed in this load test, containing scenario name and state and other useful information such as currently running users, average scenario runtime and especially the number of events and errors that occurred in this scenario: 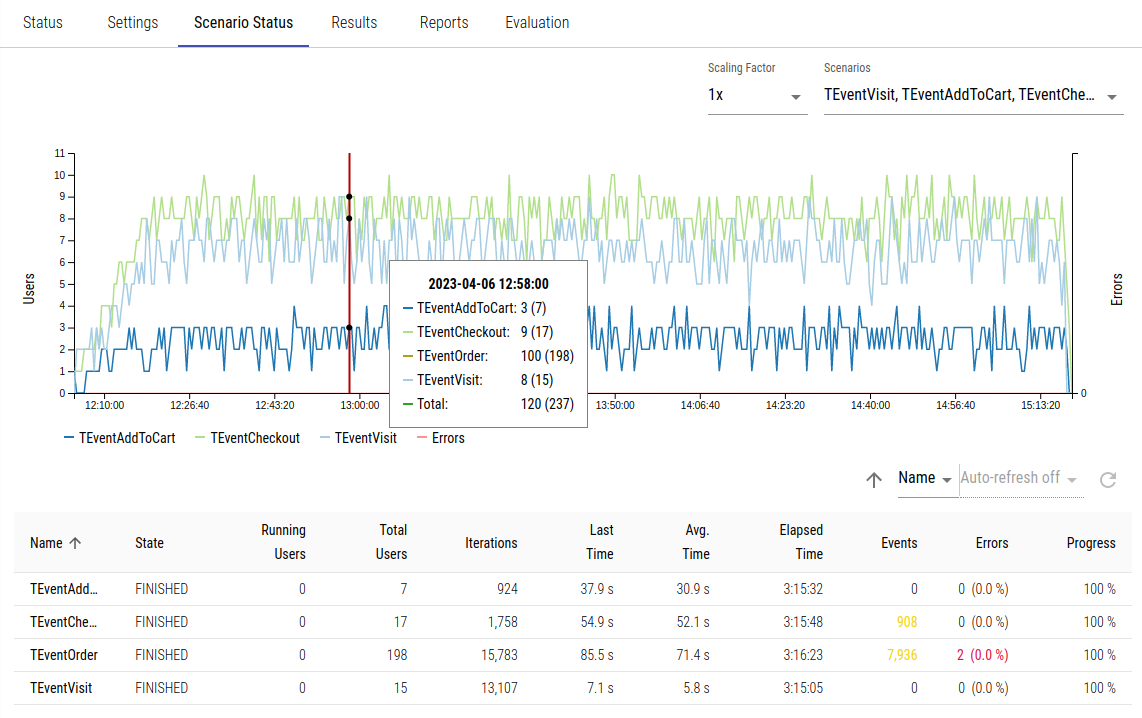 The scenario status view for a running load test.